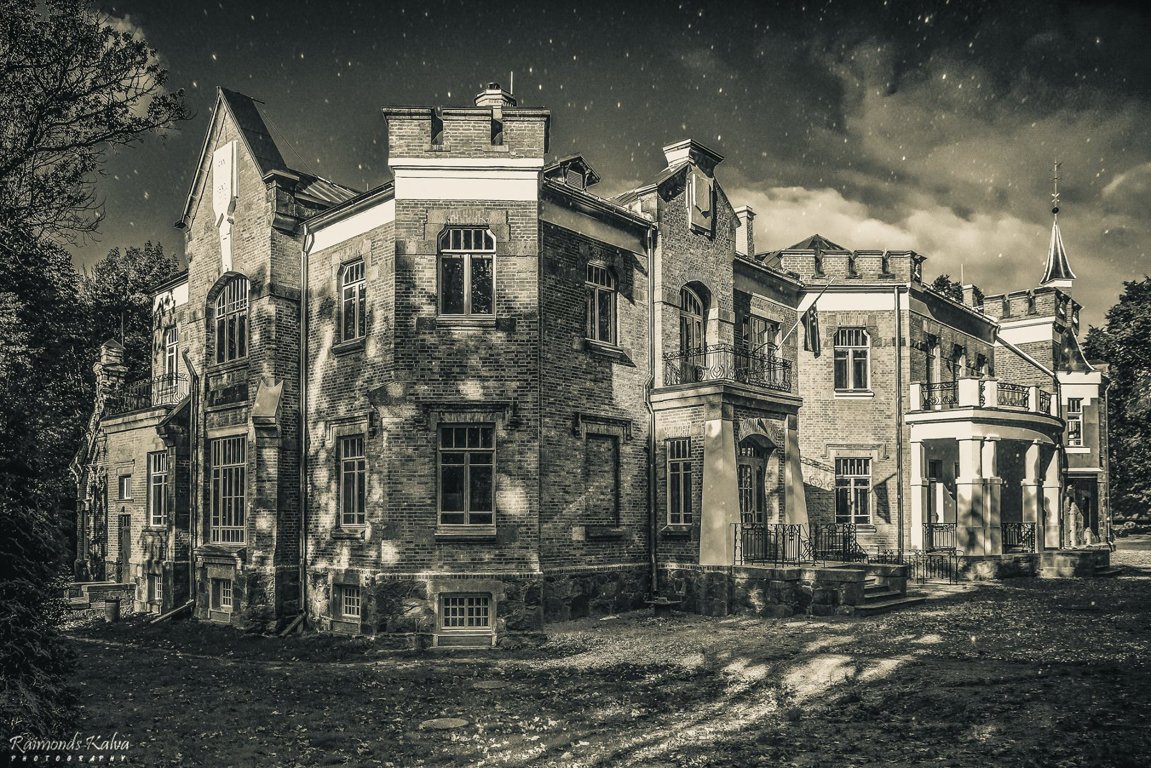 HISTORY OF THE MANOR

The construction of Luznava Manor began in 1905.  The building is a very unusual example of romantic Art Nouveau built with an attempt to implement architecture and art tendencies of 20th century Europe. The manor was surrounded by more than a 20 ha large park with an outstanding diversity of trees and shrubs, uncountable variety of roses and phloxes, lovely park paths and seven picturesque ponds, in which fish were bred.

Stanislav Kerbedz (1810–1899) married Mary, a daughter of the owner of Vilani manor, Vikenty Janovsky.  The Kerbedz family had six children. The daughter of S. Kerbedz, Eugenia Kerbedz (1858 – 1946) became the heiress of Luznava Manor.  In 1911 completed the construction works of Luznava Manor, which were delayed due to the revolution in 1905.

From 1911 until 1915, Lūznava manor (at that time known as Dluzhnevsky manor) was a prominent cultural centre of Latgale. Famous as the summer residence of the Kerbedzs family and a place for art and rest where famous and new talented musicians, writers, artists and sculptors went to work and rest. The owners usually arrived in May and left in September for their constant place of residence in Italy.

During the WWI, the owners were forced to leave their property and go to Italy, trusting the manor to its steward Ksendzopolsky.

In 1915, the headquarters of the Imperial Russian army was situated in the manor house, partly destroying and damaging the luxuriant interior items and art works, but from 1917 until 1919, the Soviet Union authorities resided in the manor.

From 1922 until 1944, Laizanu School for deaf-mute children was located in Luznava Manor, the only such type of educational institution in Latgale. The building was adapted for the needs of the school– a central heating system was installed, large premises were divided into smaller rooms.

During the WWII, from 1941 until 1945, Soviet and German army headquarters were located in turns at the manor.

In 1977, the building acquired the status of architecture monument of national importance.

From 2011 until 2014, the reconstruction works and revival of Luznava Manor took place. The author of the reconstruction project was an architect Inara Caunite, but Rezekne district municipality implemented the project. In 2015 it was revived to inspire and become a true place where Muse is born.

At present, Luznava Manor is a creative, active and inspiration meeting place - concerts, exhibitions, seminars, conferences, festive events, wedding ceremonies, excursions and walks in the park away from the city hustle allow devoting your thoughts to what is important - celebration of a special occasion, everyday life or work.

The Luznava Manor complex is an excellent place for coworking, starting a business or developing ideas in Rezekne Municipality.